With my low-power objective, I had to try to find ways to save power. For that, I tried different solutions to custom the Arduino Pro Mini.

As I'm doing all this as a hobby, I don't have the appropriate measuring devices.
The goal of this post is not to procure accurate measurements but only to compare the consumption of my device with different tweaks.

I made the measurements with two Chinese clones of the Arduino Pro Mini 3.3V 8MHz. 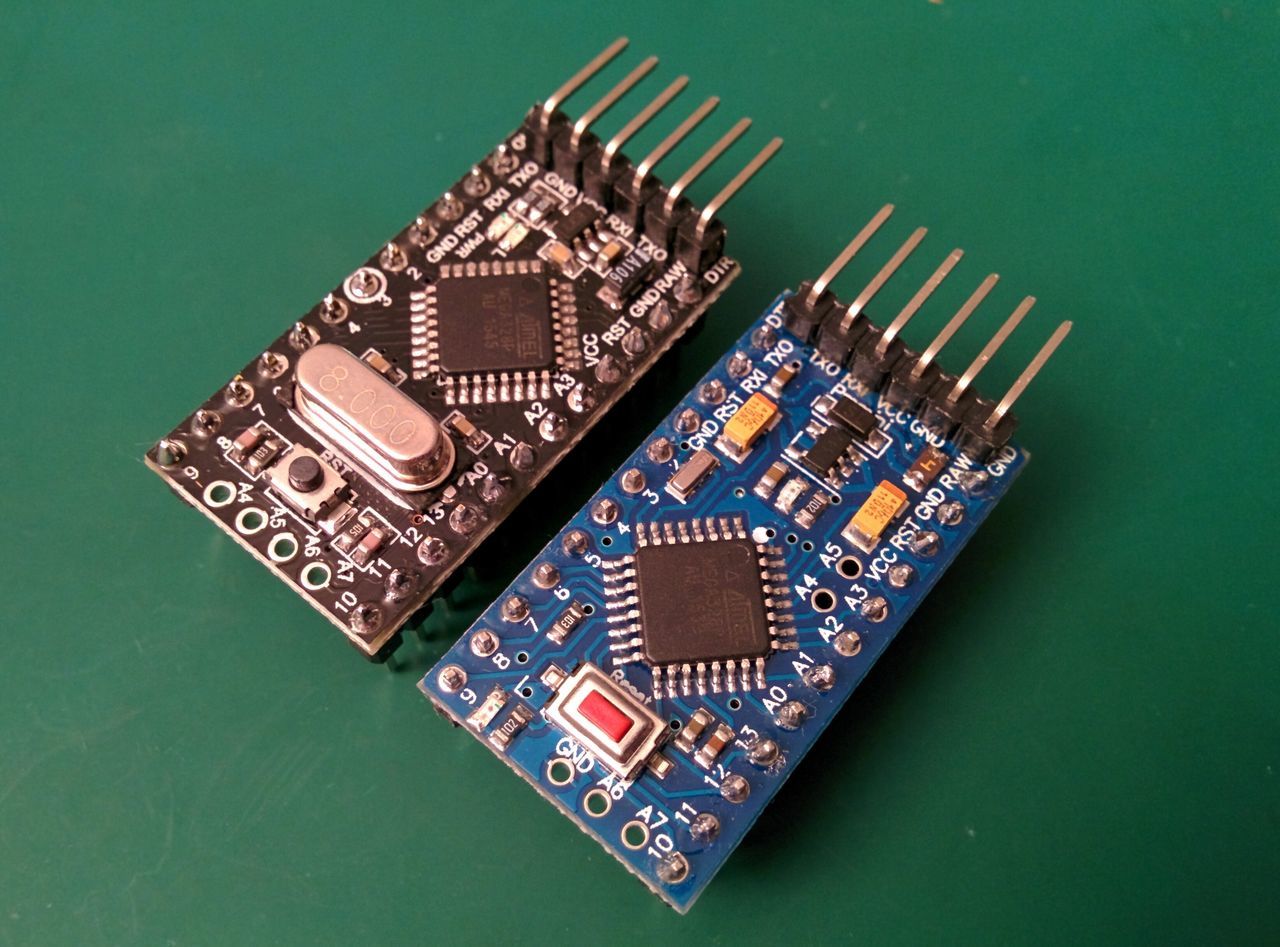 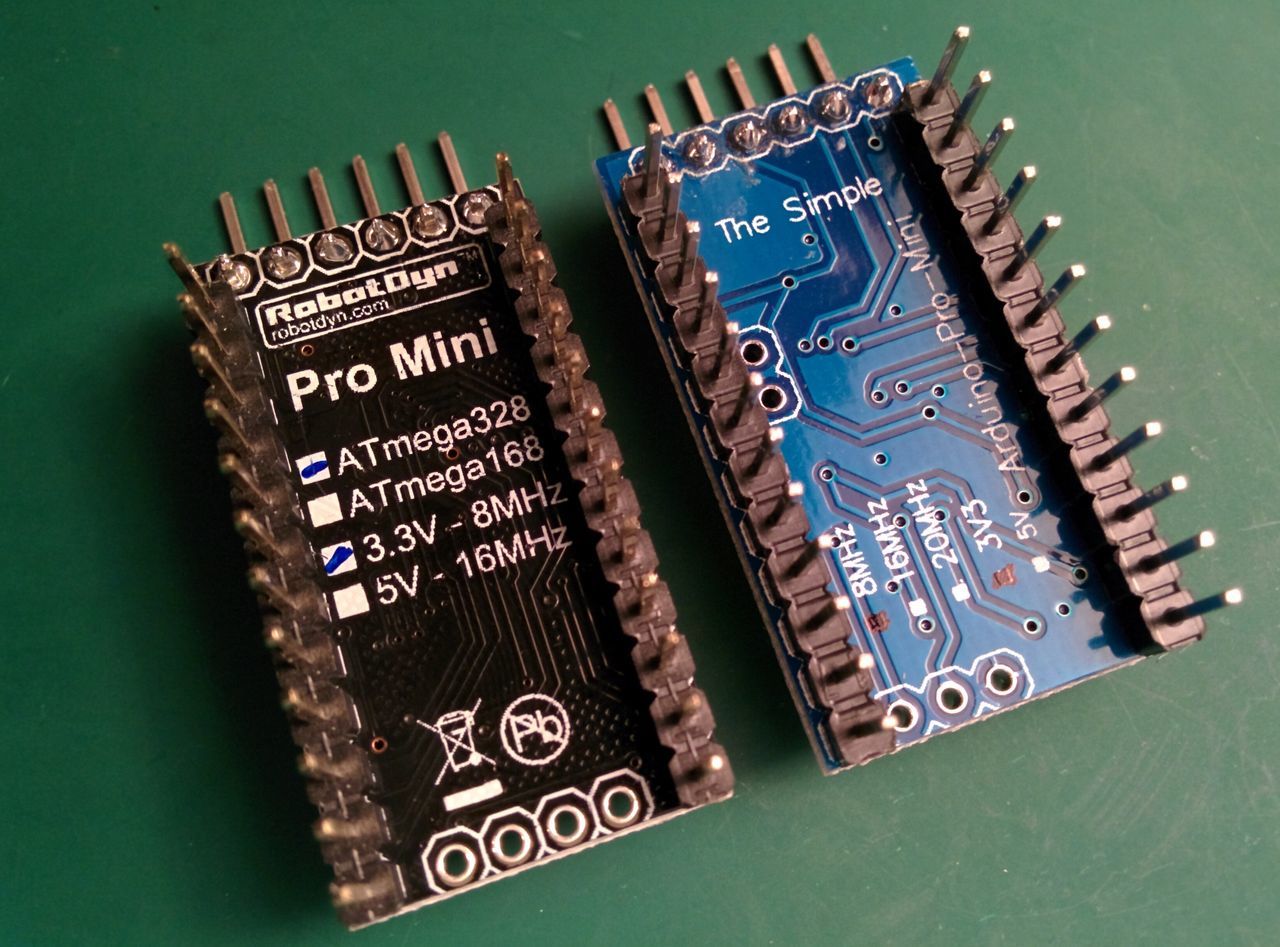 Remark: The serial pins (at the top) are not in the same order on the two boards. 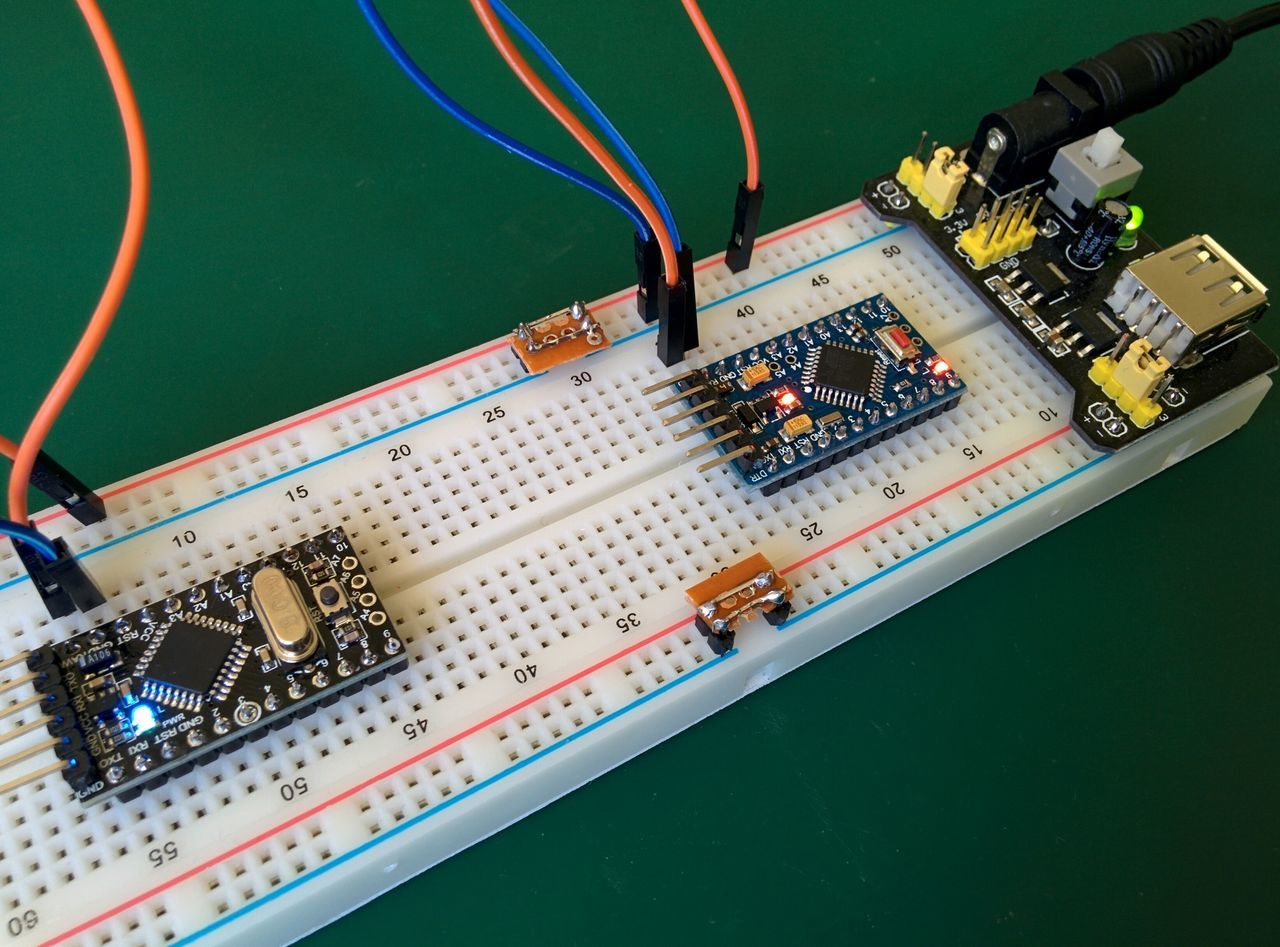 It was my first attempt. And sadly, I read somewhere that cutting a trace on the board was working... It was not a good idea ! After that, I was unable to program the Arduino anymore. 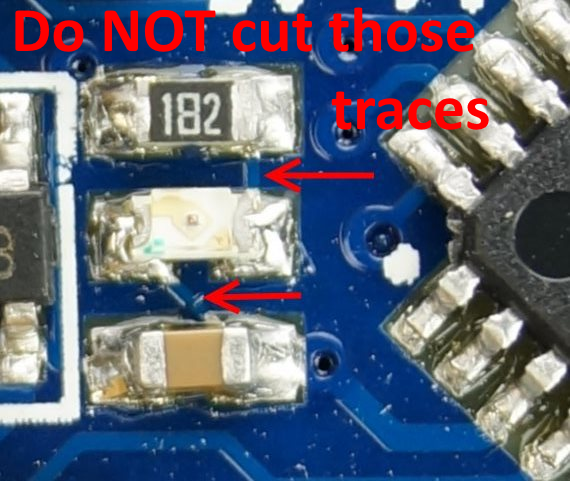 To correct this mistake, I had to remove the LED, and make a small bridge with a small wire to restore the cut trace.

To avoid this, you should simply create a solder bridge between the two sides of the SMD LED (to be able to heat them at the same time), and push the led aside. After that, clean the area with a solder pump if needed.
I admit that I do not succeed at each time (sometimes, the LED burns under the effect of the heat). 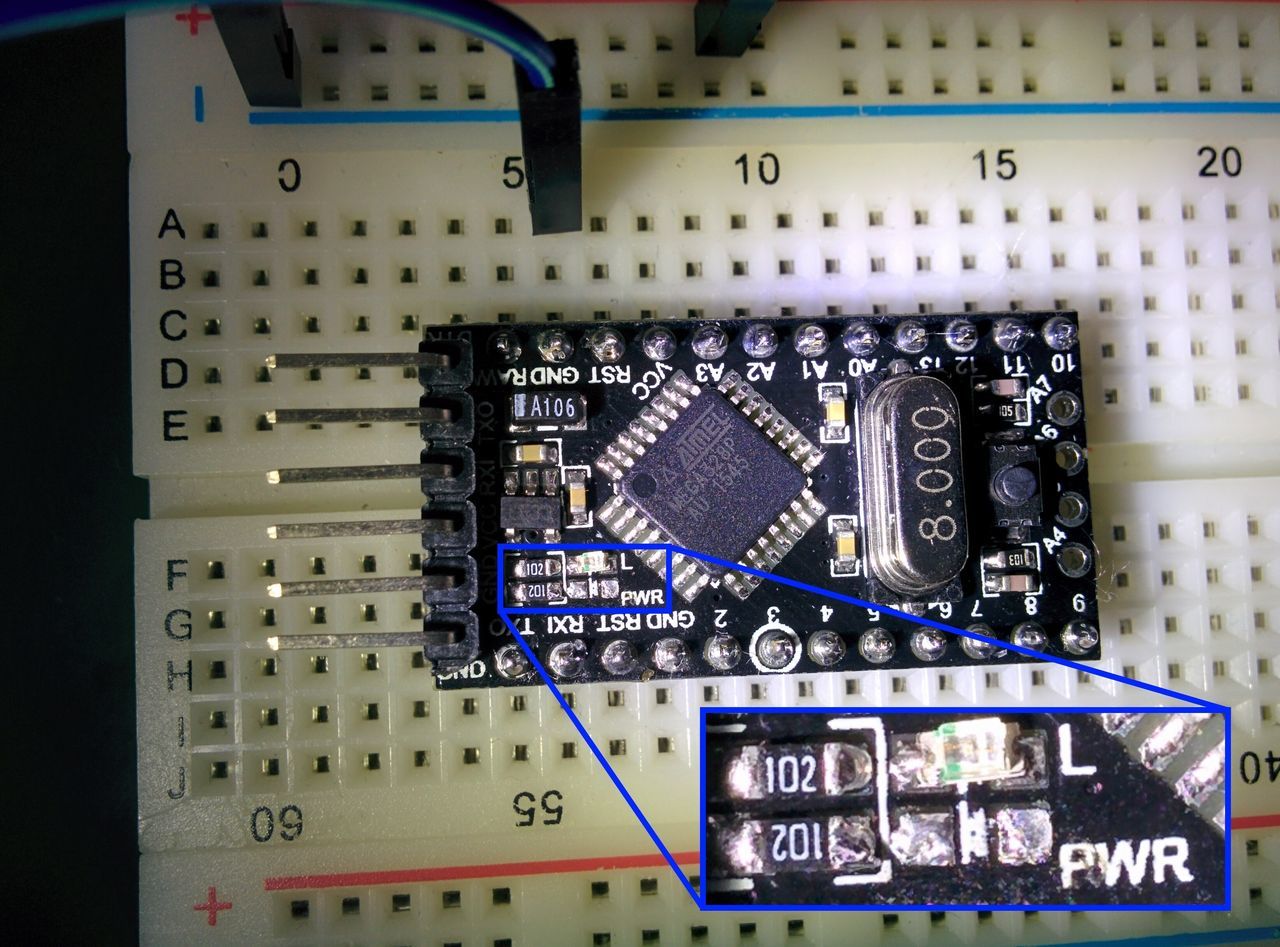 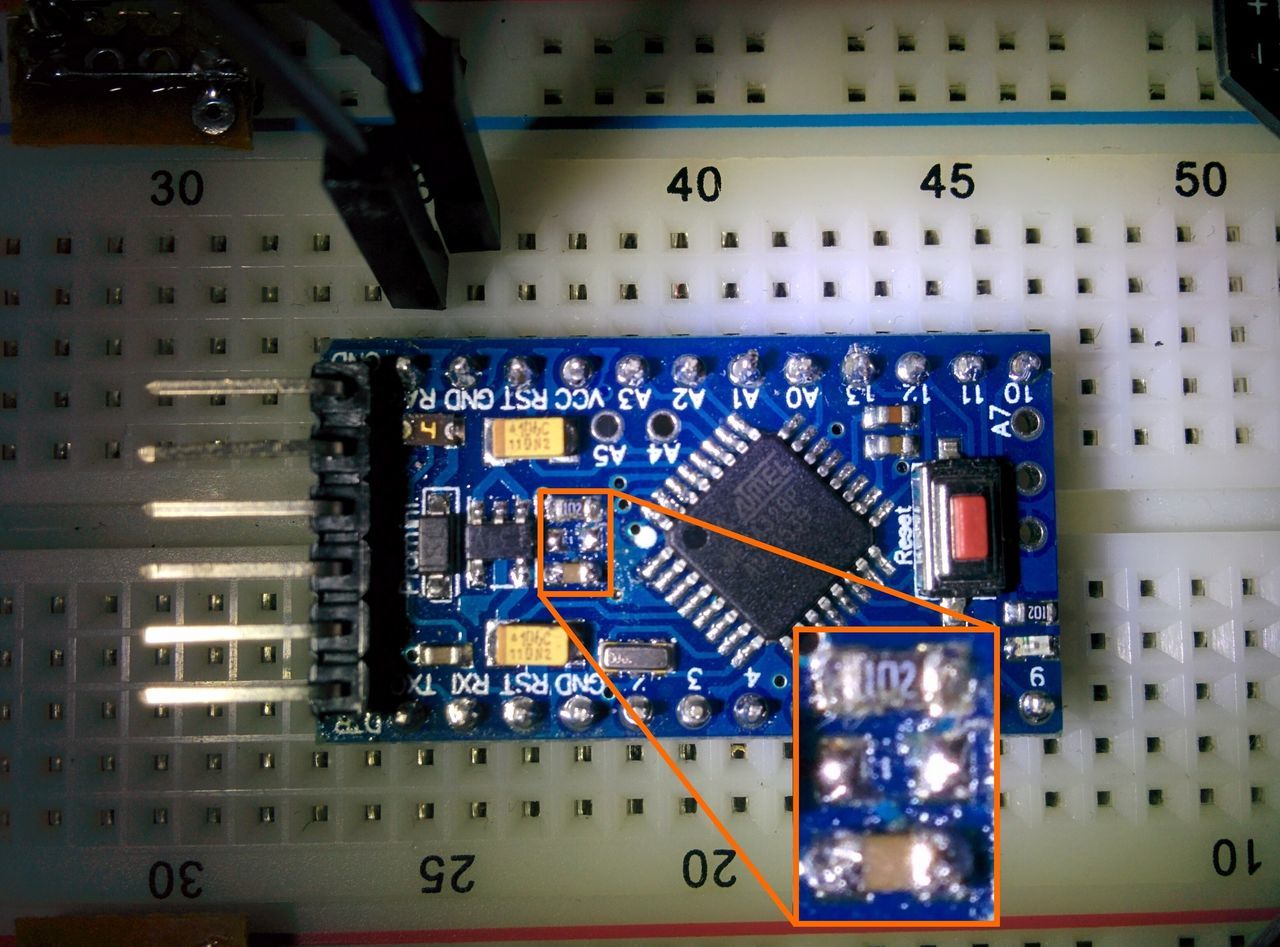 To go below 3.3V, you can remove the regulator. Moreover, it will save even more power. 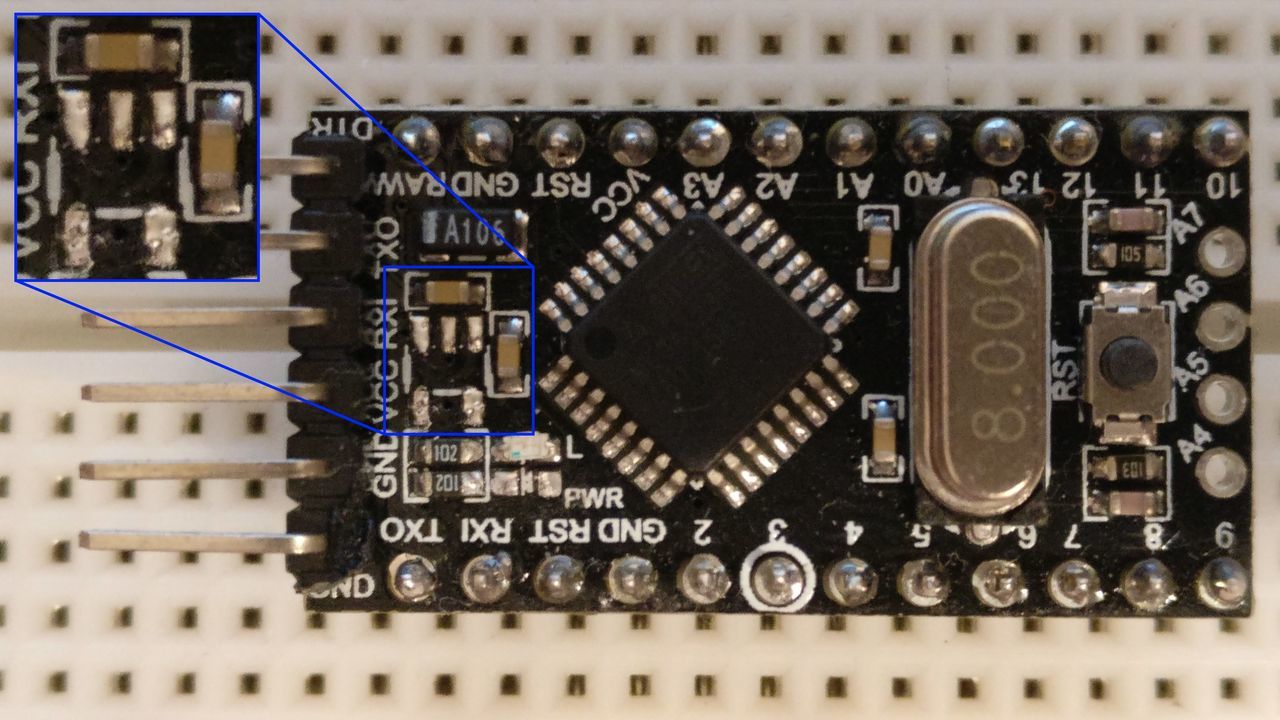 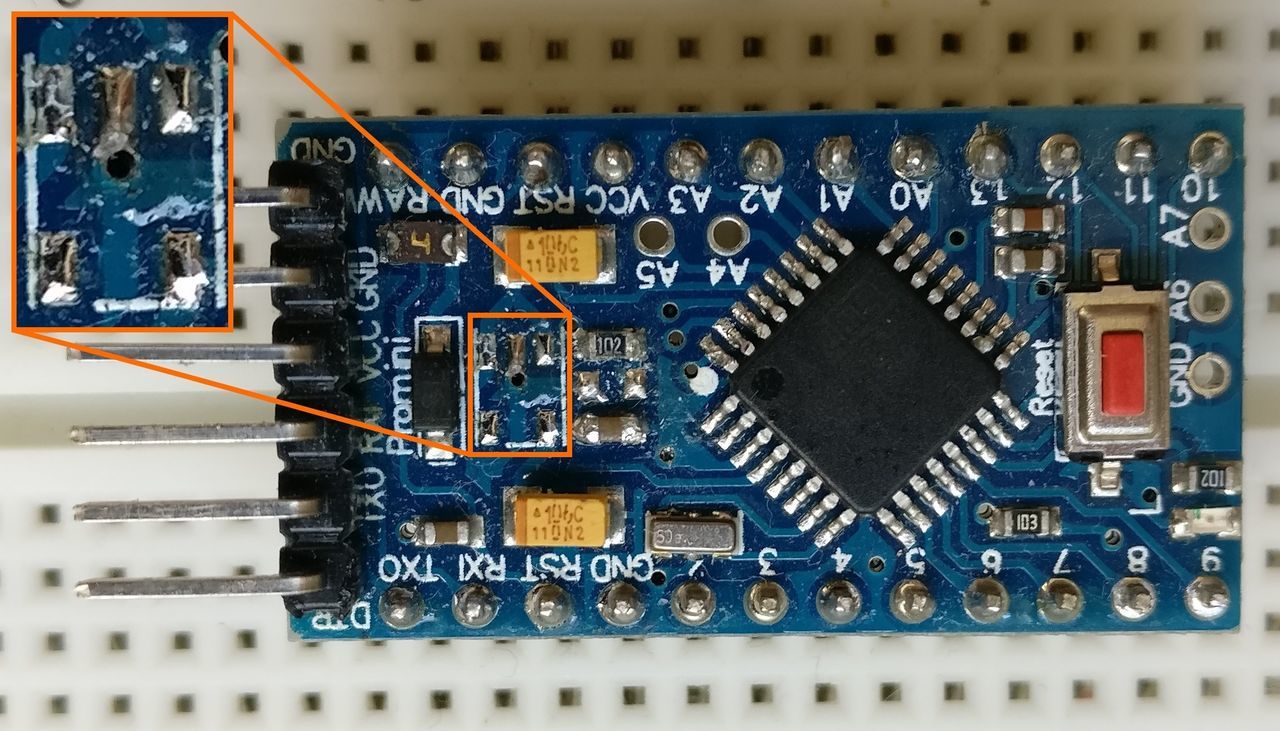 Those measurements are made (without any programmer attached):

For those measurements, supply the Arduino through the Raw pin or the Vcc pin doesn't change anything with the reliability of my measurement tools.

As I said in a previous blog post, it is possible to use the Arduino Pro Mini at 1.8V, with a frequency of 1Mhz. This should reduce the power used in active mode and power down mode, and should allow me to power my devices with two AA batteries[1].

For that, I had to remove the power regulator (as explained before).

Without a lot of work, it's easy to save power with the Arduino Pro Mini.

Now it's time to apply this method to the water tank project ! 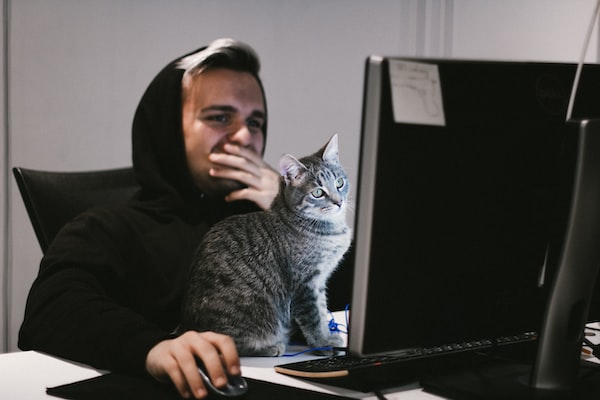