After creating my little circuit with an NE555 to pulse a LED, I want to power it on only when the lights are on.

To do so, I bought some cheap photoresistors: 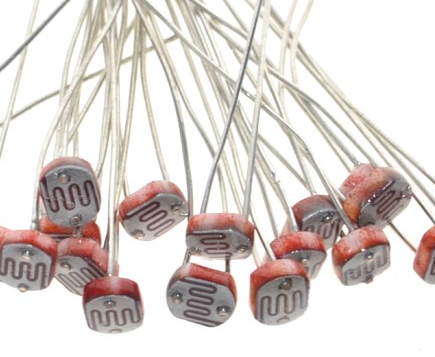 A photoresistor (or LDR) is a resistor made of semi-conductor material, and the conductance changes with luminance variation.

I will use this photoresistor, a variable resistor (trimpot resistor) and a NPN 2N2222 to create the circuit.

The concept is based on the following schematics: 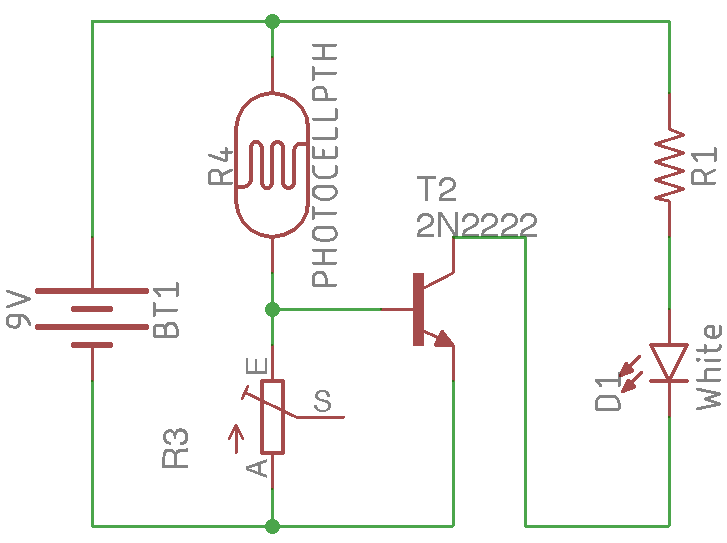 Therefore, no current will go from the collector to the emitter of the transistor. All the current will instead pass through the LDR and the potentiometer.

Moreover, darker the room, higher the resistance of the LDR and lower the current consumption will be: it's a win-win, the circuit will be able to run months in a dark room.

I used the circuit explained on my previous blog post about pulsing a LED with an NE555.

The trimpot is used to adjust the behavior of the circuit. With lights on, I adjusted the trimpot to find when the NE555 circuit shutdown.
After that, I turned the trimpot just a little bit to see the LED pulse again. Now, when I turn the lights off, the LED stop pulsing.

The LED and the LDR are connected through long purple wires to the circuit. 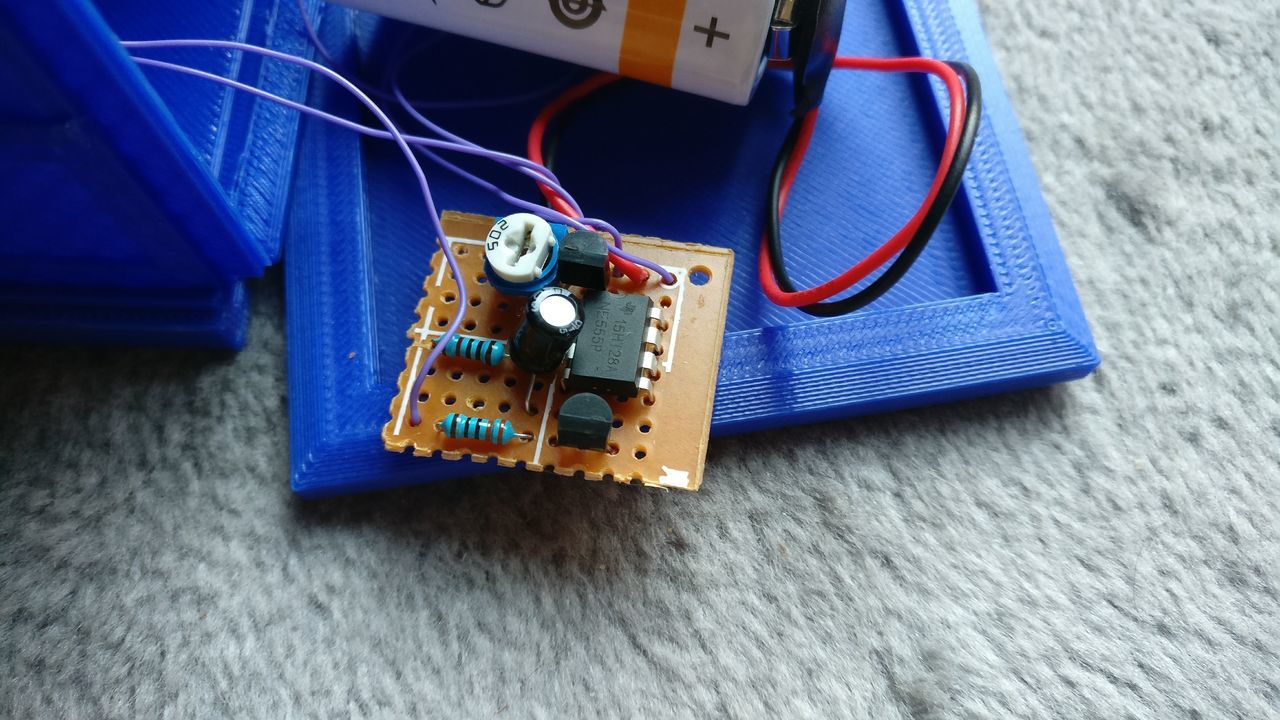 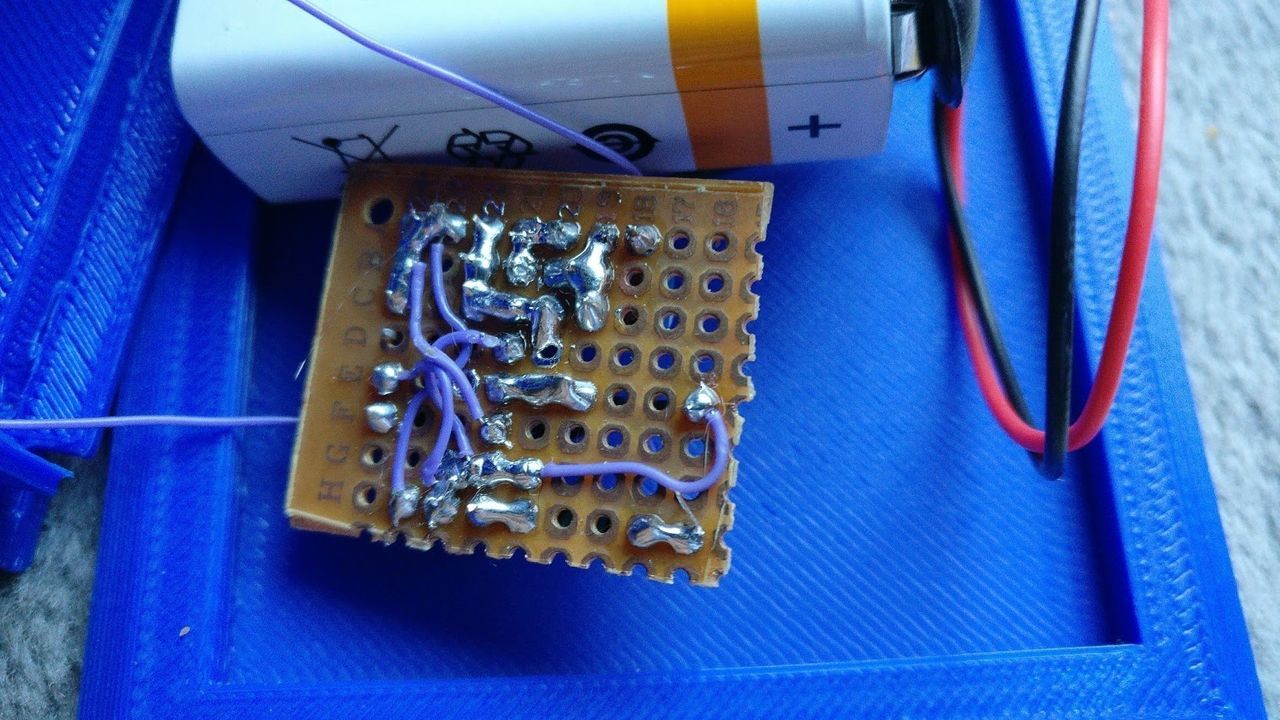 It confirms the facts that this circuit will be able to run months in a dark room.

I included this circuit into a Tardis to get the top lamp to shine.

The LED is glued on the top of the Tardis, and the variable resistor is just behind the front window of the Tardis. 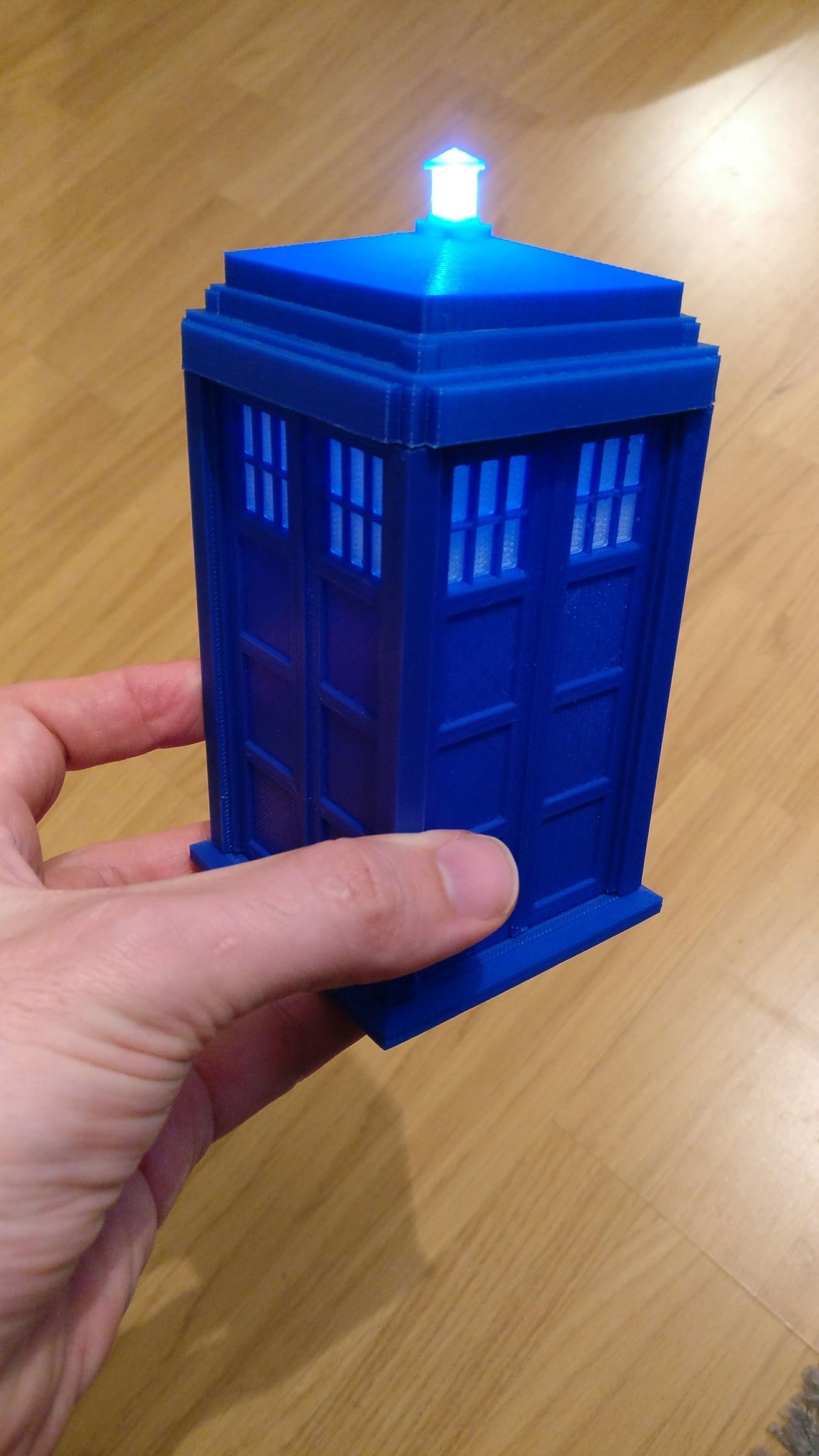 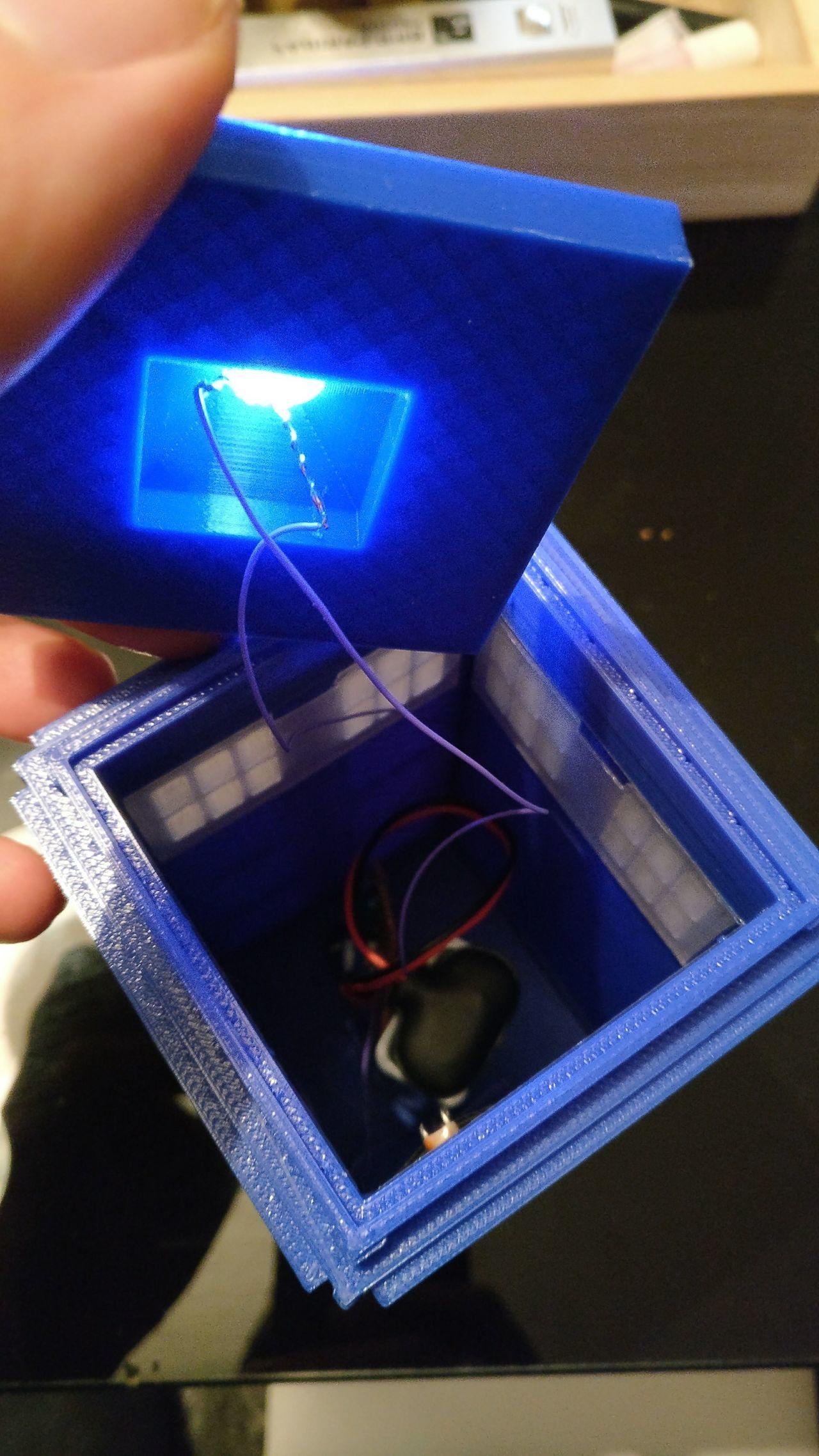 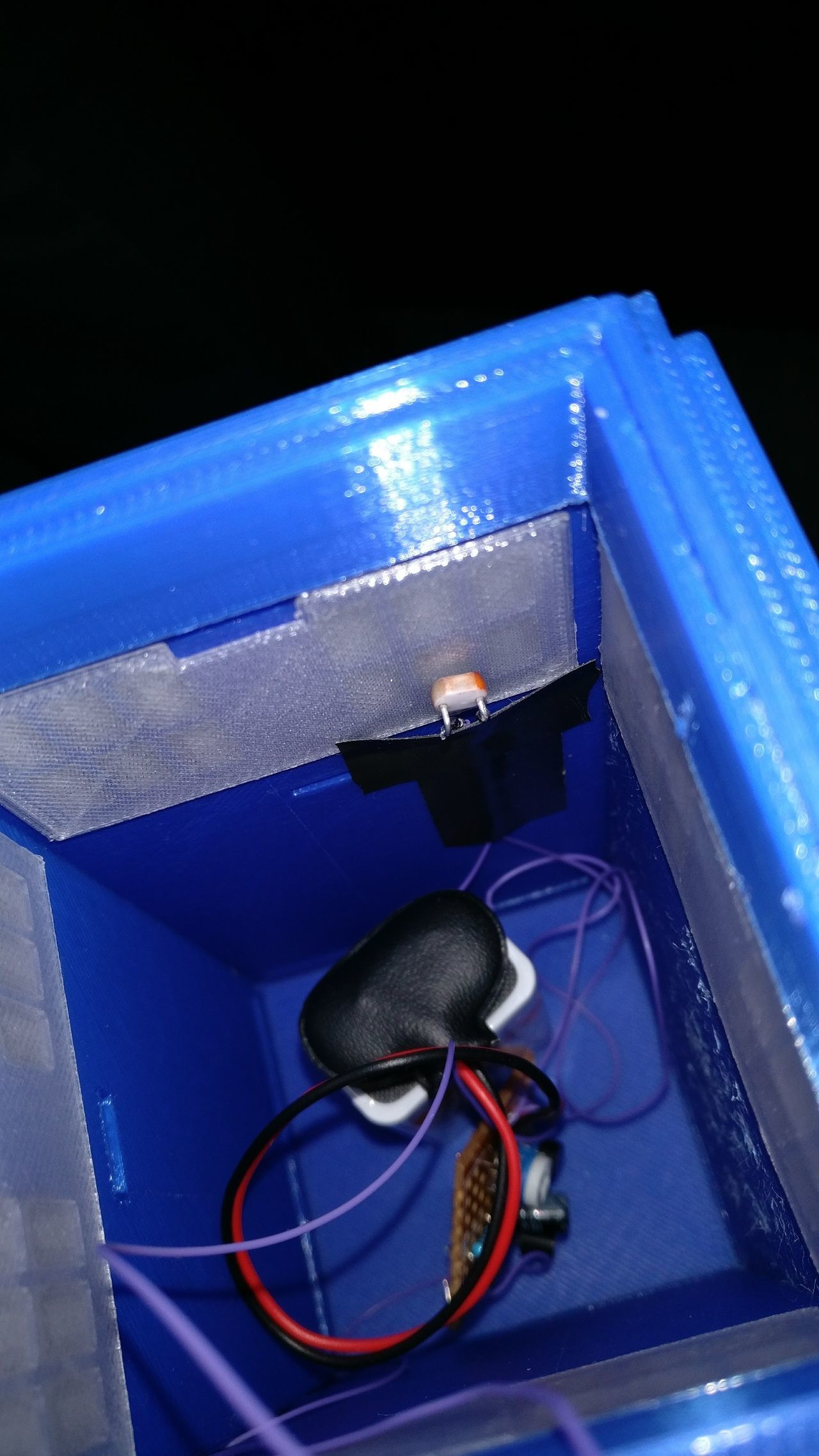 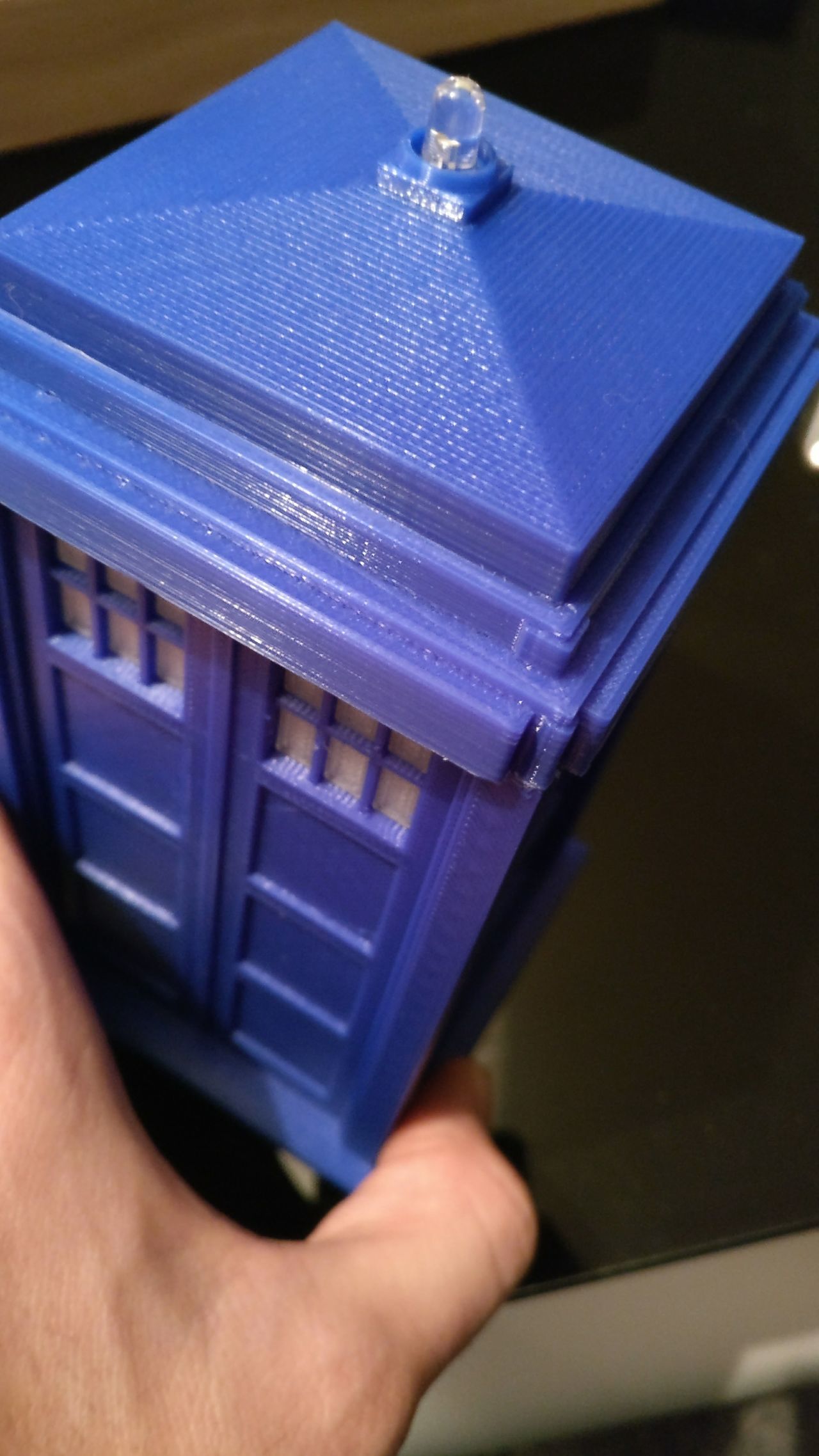